Canada based singer, Stephanie Otobo has filed a $5m lawsuit against clergyman and her alleged lover, Apostle Johnson Suleman, in Canada.

Stephanie who was arrested and detained in a Lagos police station sometime in March this year, is claiming $5 million in damages resulting from the breach of trust, breach of fiduciary relations,
breach of contract, negligence, defamation, poisoning, intentional and negligent infliction of emotional stress, forcible confinement, multiple instances of battery, false imprisonment, fraud, assaults, sexual assaults, sexual harassments, harassments and malicious prosecution, their alleged affair has caused her.

See the court papers below... 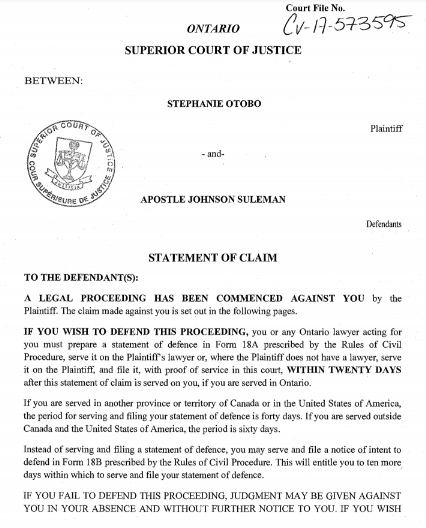 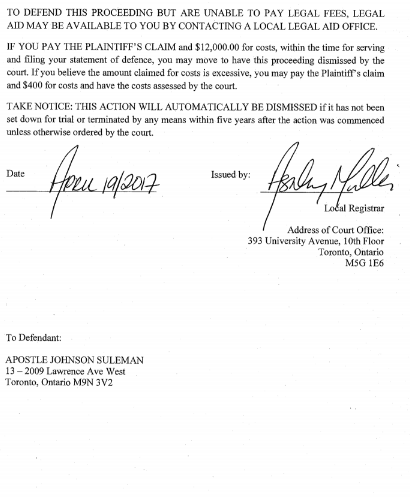 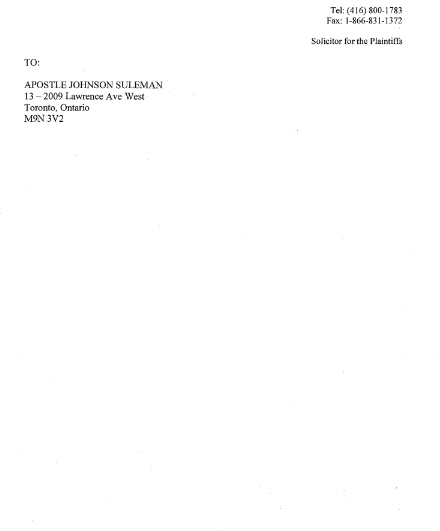 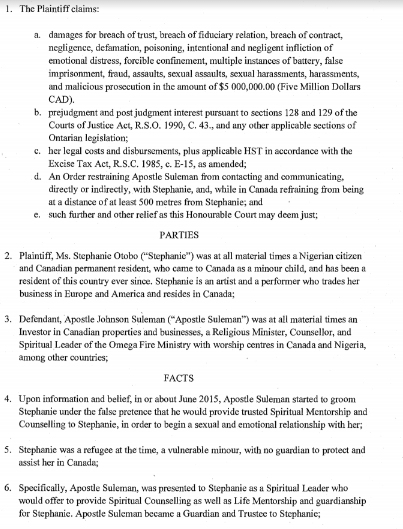 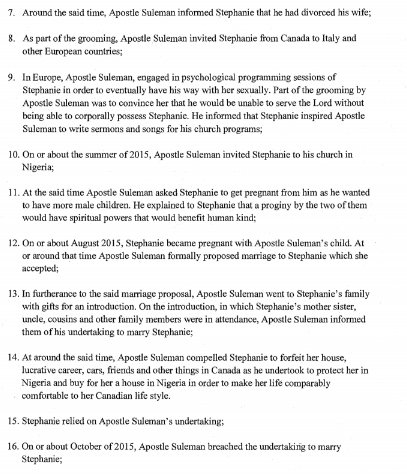 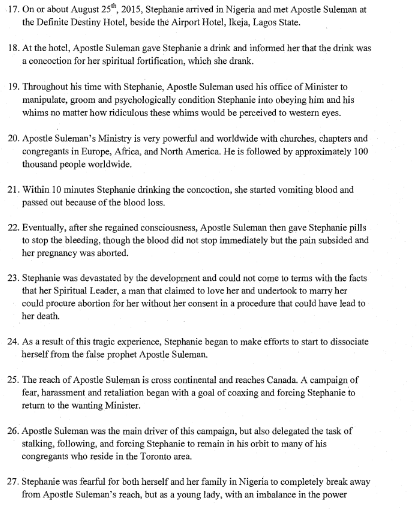 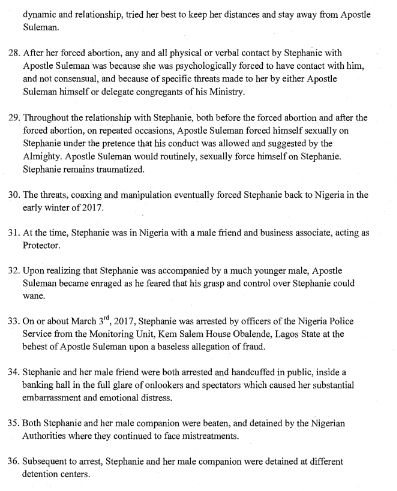 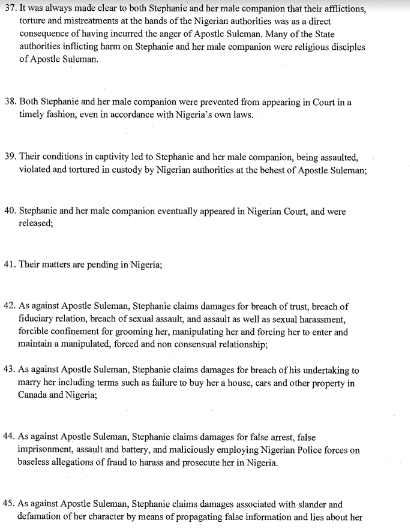 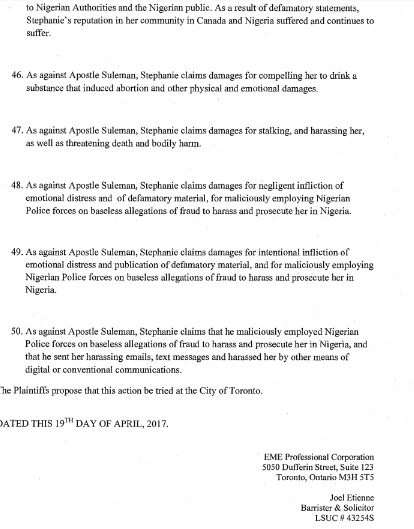 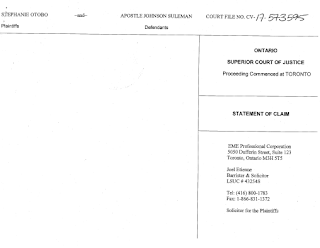 Ladies Can Be Jailed For 5-Years For Not...